Engine carbon deposits have a measurable effect on performance, emissions and fuel economy. Routine carbon cleaning has been shown to prevent these problems, and remedial cleaning removes more severe deposits that have already formed.

Carbon deposits have been a problem for the Internal combustion engine since it was invented. It is a known fact that carbon deposits in Internal Combustion Engines reduce engine performance, reduce fuel efficiency, shorten engine/equipment/parts life and increase engine out emissions.
In the quest to improve engine performance, reduce pollutants in the atmosphere and increase engine fuel efficiency. Governments all over the world are increasing emission regulations.

To meet these ever increasing regulations manufacturers are employing additional emission controls to the Internal Combustion engines. Simply put, the manufactures are asking the Internal combustion engine to do more things than it was ever designed to do. As a result, the carbon deposit problem has become more frequent and severe, creating a whole new set of problems and challenges.

Many technicians and managers are well aware that severe combustion chamber carbon build up can create significant driveability issues with today’s engines. It’s all too rare, however, for them to focus on the fact that carbon build up and slowly deteriorating injector performance is a gradual process that not only affects engine performance but fuel economy as well.  Despite this info, the vast majority of these potential issues remain unsolved.

What is a Engine Carbon Cleaning Machine?

Engine Carbon Cleaning is a process where a machine equipped with a Hydrogen Generator, and by the use electrolysis of distilled water, creates Oxy-Hydrogen Gas. Once the hydrogen gas is produced, it is simply transferred into the engine thru a tube into the air intake of the vehicle being cleaned .

How does HYDROGEN clean carbon deposit in the engine?

The increased internal oxygen proportion improves combustion and at the same time the catalytic properties of hydrogen make it possible for the combustion carbon to be gradually broken down to clear the internal carbon deposits.

Using no harsh chemicals the treatment returns your engine to a state of cleanliness. You regain power and performance, restore lost MPG and  drastically cut emissions.

After treatment, there is no need to change engine oil or any type of filter.

The machine acts to restore the optimum performance of your engine. Using hydrogen technology, carbon deposits are removed from the inner workings of the engine, which naturally build up during the lifetime of the vehicle.

By removing unwanted carbon build up, further engine deterioration and damage can be avoided. This will keep your engine working more effectively and smoothly for longer, creating an enhanced driving experience.

The technology works with all types of vehicle’s – from motorbikes to planes if it has a combustion engine then it can be cleaned. Both petrol and diesel and LPG engines will show improvements irrespective of vehicle age and/or value.

The effect of carbon cleaning on your Engine is dependent on how “dirty” the engine is.This is down to a number of different things, driving style, mileage, fuel used etc.
The below list will give you an idea of whether it’s something you would be likely to benefit from.
1) Constant Low rev driving.
2) Short journeys.
3) Lots of stop-start journeys.
4) Long idling.
5) Poor quality fuel
I.E. IF the engine doesn’t get worked hard & hot, then yes it will most likely have more carbon build up. Taxis and buses are worst as they are sat idling and often short stop-start journeys at low MPH/revs .
IF your car is suffering reduced MPG and IF the cause is carbon build up then yes the engine clean should recover/reclaim that MPG lost due to the systems being dirty.
IF (and it’s always a IF) ANY aspect of your cars performance (noise, roughness, idling, hunting, MPG lower, emissions, flat spots, throttle response, sticking EGR/throttle body/swirl flaps) are affected from carbon build up then the Carbon Cleaning will have a positive effect.
Of course, IF any mechanical aspect (swirl flaps for example or EGR valve,turbo) has seized/blocked completely or broken then no amount of carbon cleaning will sort it.
Carbon cleaning can’t fix things that are fully blocked or broken these would need to be replaced,stripped and cleaned, fixed.
All a carbon clean can do is exactly that. Clean, it’s not magic if it’s dirty it will help, if it’s not dirty it won’t.
What it will help do if your engine is clean, is prevent carbon build up so your engine remains clean (look at it like preventative maintenance you’re stopping issues before they can start) 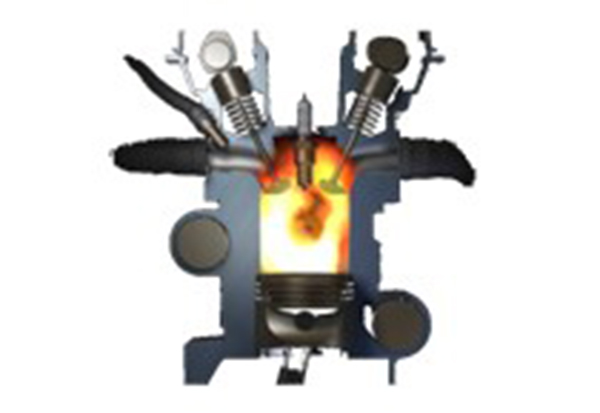 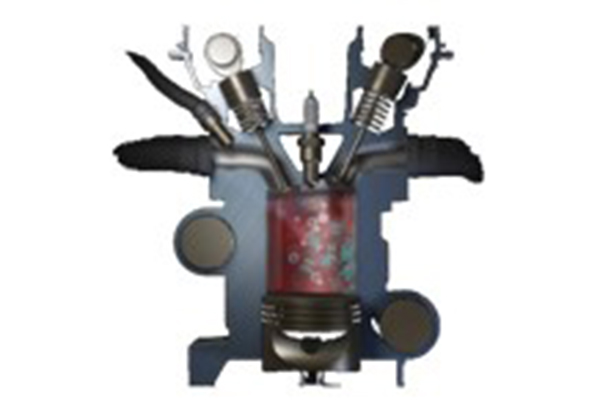 Completed combustion loosens carbon deposits, which are then removed .

GET IN TOUCH TODAY